skip to main | skip to sidebar

A Picture For Christmas Eve 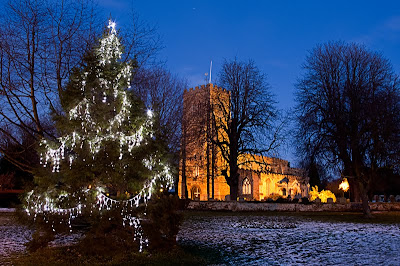 Eaton Socon Green and St Mary's Church. Okay it's a bit chocolate boxy (verging on Thomas Kinkade), but what the hell, it's Christmas!

I'm off down to Devon for the festivities and hopefully a few picture opportunities. Merry Christmas one and all.
Posted by Alianther at 01:03 No comments: Links to this post 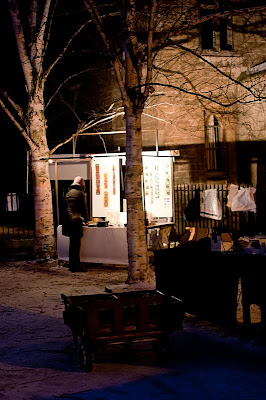 These were taken on a club outing to shoot the Christmas lights in Cambridge last Saturday. It was a tricky shoot. The streets were too crowded with Christmas shoppers and almost lethally icy thanks to the recent snows. Those who came to the meet didn't stay out very long. Still, I did manage to get a few pleasing shots in the craft market, just as they were packing up. 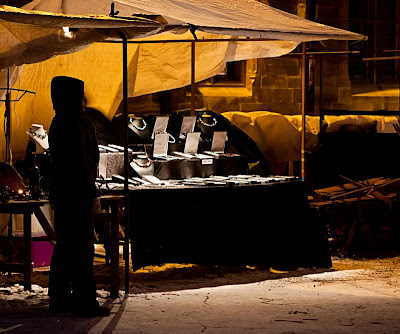 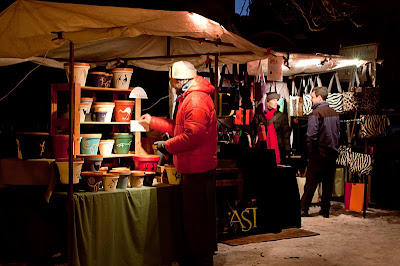 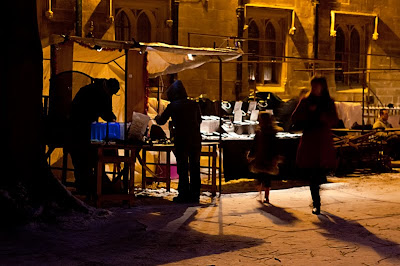 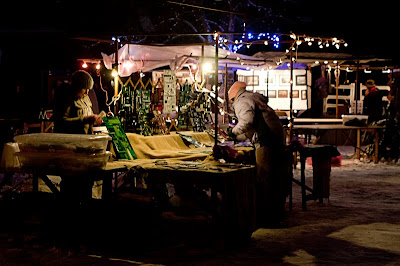 Posted by Alianther at 23:24 No comments: Links to this post 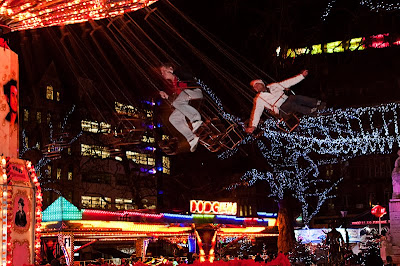 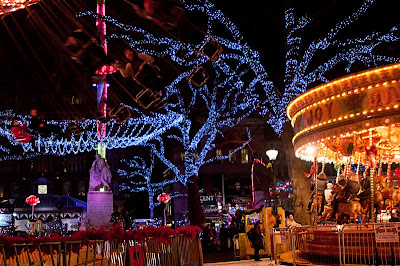 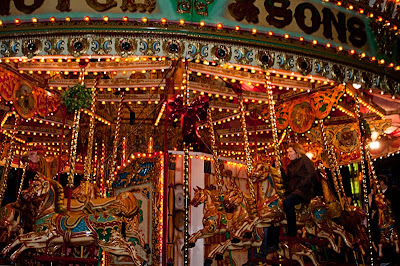 From one square to another. Taken on the same night as the Trafalgar Square shots were these of the Christmas funfair in Leicester Square. I took a hundred or so frames trying to catch the action of the carousel and chair ride. These were the most successful. I needed to have been there a little earlier to really get what I wanted.
Posted by Alianther at 23:19 No comments: Links to this post 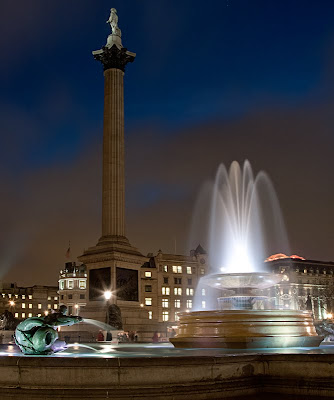 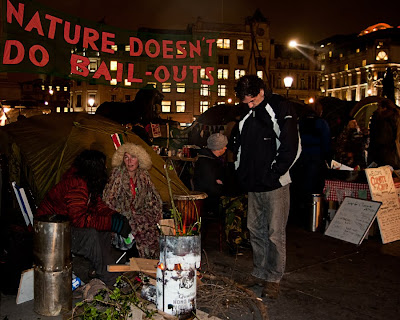 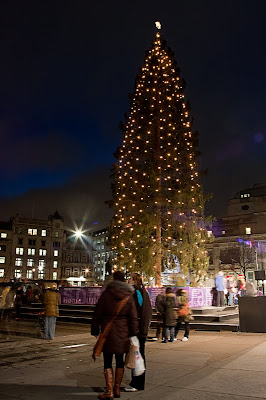 Whilst in London last weekend, I stopped at Trafalgar Square to take some shots. On this night, as well as the square's usual delights, there was also a carol concert and a climate change protest camp. Too much to get into one picture, so I have settled for three.
Posted by Alianther at 20:59 No comments: Links to this post 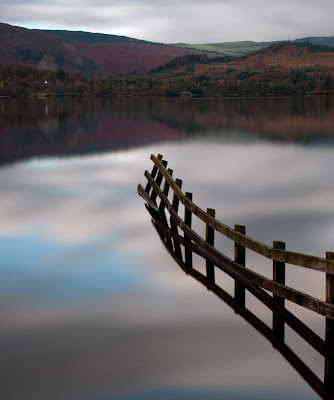 These were taken on a rare day in November when it wasn't raining in the Lakes. It was rather breezy though, which made Derwent rather choppy. A good excuse to use a recently acquired 10-stop neutral density filter. The 30-40 second exposures smothed out the water nicely. 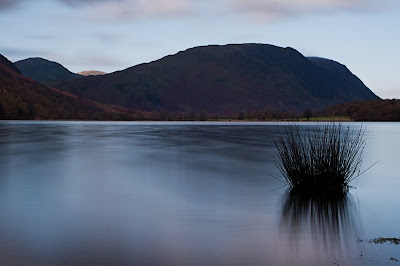 Posted by Alianther at 22:37 No comments: Links to this post 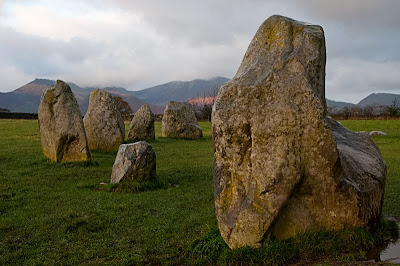 Earlier on the same day as the hill climb photos were taken, a few of us decided to greet the sun at Castlerigg Stone Circle. Sadly, the sun was very reluctant to get up that morning (can't say I blamed it).

The hardest thing about the Castlerigg circle is finding a pleasing viewpoint. I quickly gave up trying to shoot the whole thing and concentrated on a few stones intead. I waited ages through the rain for the sun to break behind me and light these stones to no avail.


When the break finally came it was elsewhere. 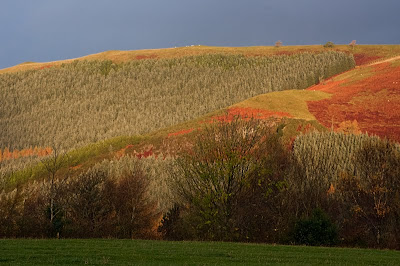 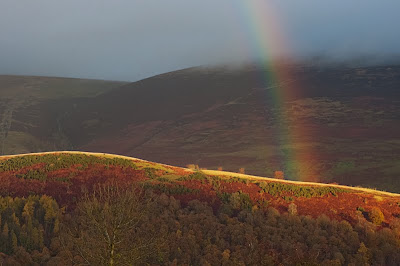 Posted by Alianther at 01:20 No comments: Links to this post

I have finally processed some pictures from the trip to the Lake District at the start of November, when a few of us stayed at the Blencathra Field Centre. On a wet Saturday (although not as wet as it got later that month in the Lakes) we watched a hill climb event organised by the Vintage Sports-Car Club at Honister Slate Mine. I managed to get some good shots, despite having to hide my camera under my coat between car runs to protect it from the rain.

I was originally going to turn these pictures into gritty monochromes. However, I am currently trying the Beta version of Lightroom 3, and started playing with some of the conversion presets. In the end I used the 'aged photo' preset. I really like the effect it has given and think it suits the subject matter. 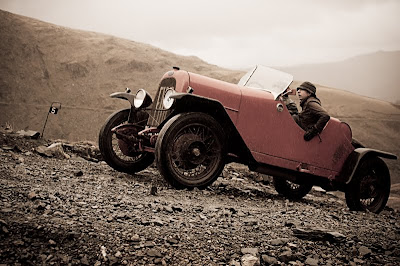 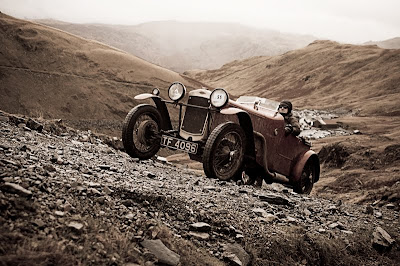 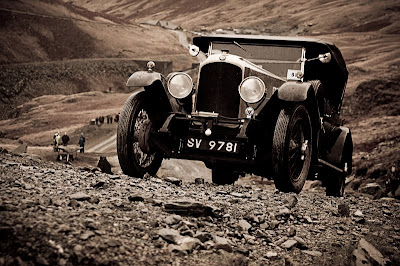 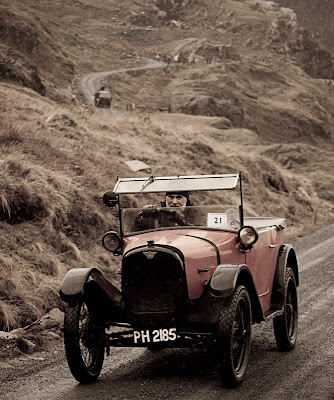 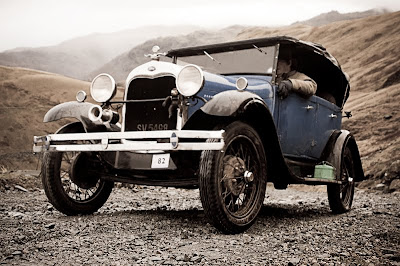 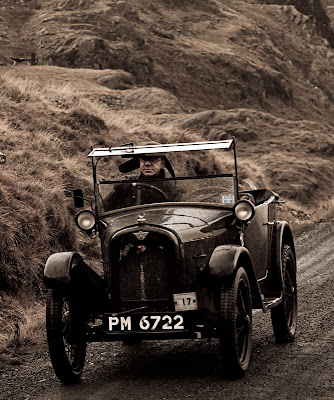 Posted by Alianther at 22:53 No comments: Links to this post